Do you remember back in the day, White Dwarf ran a series of articles which basically amounted to painting a certain amount of models a month to slowly build up an army? It was called the “Tale of Four Gamers”, and is a really great challenge for people like Toosh and I who are painters rather than gamers as we tend to spend a great deal of time painting individual figures, but jealously look at what wargamers can produce…

With that in mind, a group of us are going to do something similar. We have each picked our armies and started on the first batch of minis. There are few rules – must be at least 250pts a month (although MrDee as a seasoned army painting veteran is likely to do at least twice that… the bastard), and there are two wild cards that can be played for those tricky times over the next 6(ish) months –

250 pts isnt a lot, but the intent is to encourage T and I to paint more quickly and freely and we are being helped along the way by mrDee and Puppykicker who both play 40K and paint armies already. We may even get a couple of games in as we progress…!

The army choices are as follows:

Time for some photos…. firstly my Inquisitor – based on an old metal Commissar Yarrick model with the arms from the Inquisitorial walking throne thing: 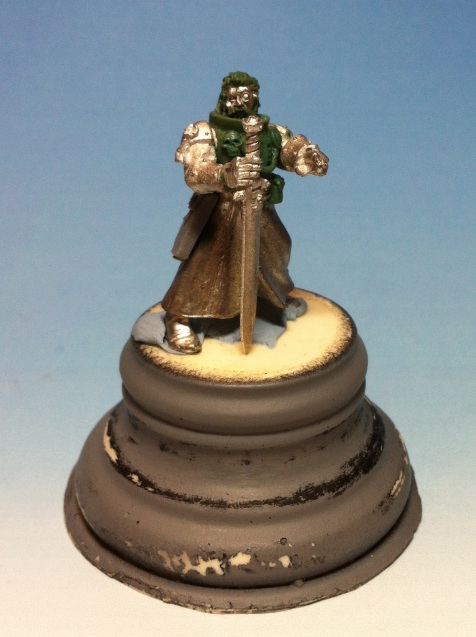 This is a pic of 28mm Avicenna next to my 54mm Inquisitor Avicenna which was the first mini I posted to Cool Mini or Not and the reason I ended up with that as a username! Now I am resurrecting the character for this 40K army… at 25 points (35 including his power sword) how could I resist (yes, the bionic eye has switched sides, but I don’t care :oP)? 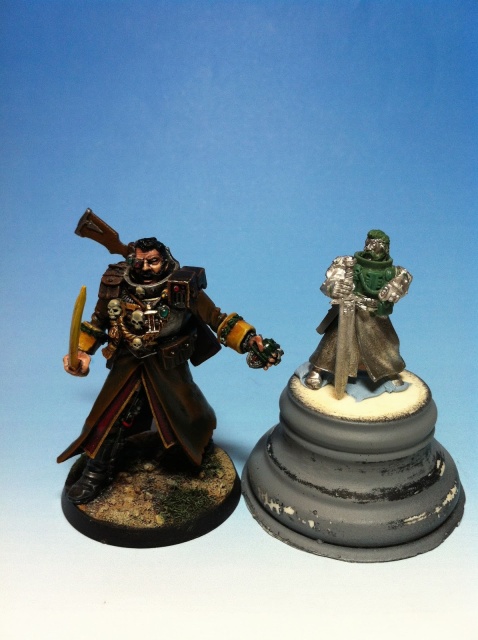 And my Grey Knights on sticks….

2 thoughts on “Tale of Four Gamers… the beginning”